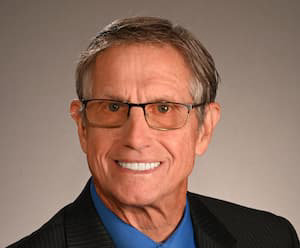 Wayne is the Co-Founder and Partner of MOST Programming, a technology company providing data-driven custom software development. He works closely with Marina Johnson, CEO, and Founder.

He has a lifetime of experience in service industries using technology to leverage customer satisfaction and efficiency. He is passionate about cultivating great employee environments and leveraging technology to create ever-increasing value for customers.

“At MOST Programming, we combine our knowledge of technology with our intensive past experiences in business operations, to continuously drive value for our customers”.

Wayne was the prior CEO and COO of HSS, a national security service company based in Denver, Colorado. HSS is the recognized leader providing security services to healthcare and airport market niches nationwide. During his 30-year career as COO and CEO, Wayne, and the HSS team, helped build the company, from $2 million to $170 million, with over 4500 employees, serving 200 hospitals and 18 airports.

Prior to HSS, Wayne was a project manager for drilling systems at Reading and Bates, now Transocean, which provides offshore semi-submersibles, drill ships, and jack-up drilling rigs.  He was based in Houston, Texas, and London, England, serving Europe, Africa, and the Middle East. He was then the Western Operations Manager and Marketing Manager, for Dresser Industries, now Halliburton, in Houston and Denver.

He served in the USAF as a Fighter Pilot, Fighter Instructor Pilot and Test Pilot. He was based in Alabama, New Mexico, Southeast Asia, RAF Lakenheath, England, Aviano AFB, Italy, and Chili AFB, Turkey. He was Awarded the Distinguished Flying Cross, Vietnamese Cross of Gallantry, and 14 Air Medals.

He continues his military connections, mentoring veteran entrepreneurs as they scale their new companies.

He has an engineering degree from Lehigh University, Pennsylvania, an MBA from the University of Houston, Texas and the Executive Programs at the Wharton School, Finance and Business Planning

Let Us Help Your Success